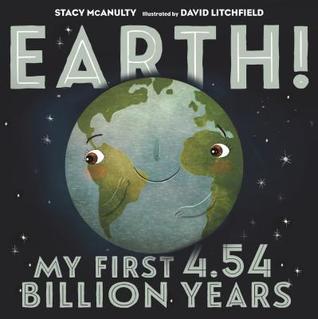 Goodread Summary
Prepare to learn all about Earth from the point-of-view of Earth herself! In this funny yet informative book, filled to the brim with kid-friendly facts, readers will discover key moments in Earth’s life, from her childhood more than four billion years ago all the way up to present day. Beloved children's book author Stacy McAnulty helps Earth tell her story, and award-winning illustrator David Litchfield brings the words to life. The book includes back matter with even more interesting tidbits.

This book is a history narrated by none other than the Earth itself! It is both entertaining and informative. It is filled with facts. Afterall, 4.54 billion years is a LONG time!
The illustrations are engaging and really help the information make sense to young readers. 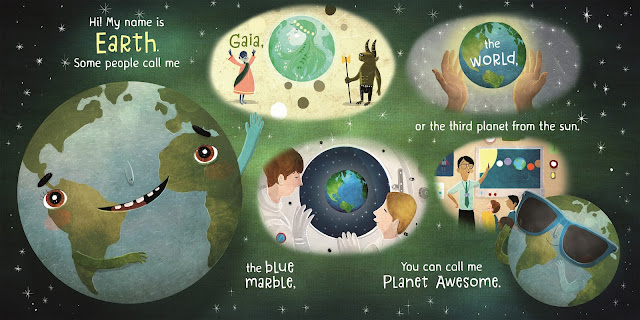 I would highly recommend this book for your classroom or home library.

I am so excited to have author Stacy McAnulty here today for a guest post.

TMI Earth: There’s so Much to Learn!
By Stacy McAnulty

When I set out to write a picture book about Earth, I was overconfident in my knowledge about our planet. I knew it revolved around the sun, and it rotated on its axis. And I knew how long this took. I was confident in my understanding of the lunar cycle and continental shifts. I’d read that Earth has experienced five major extinctions. I felt comfortable in my own expertise. After all, I have seen both BBC Earth miniseries, and I follow Neil de Grasse Tyson and Bill Nye on Twitter.

But just to be sure, I Googled some things. For example: How long does it take the moon to rotate around the Earth? I knew it was about a month. The answer wasn’t so simple because the Earth is moving around the sun while the moon is circling the earth. I ended up learning about sidereal period verses sydonic period, and I needed to decide which info went in the book. Spoiler Alert: I went with the sidereal period.

In the book, we also created an abbreviated timeline of life on Earth. How long ago did dinosaurs roam the land? What about mammals? Plants? Bugs? And, of course, humans? Again, the answers weren’t easy to come by. I blame the lack of internet and video recording devices in the cretaceous period. Prehistoric science replies on approximations. In the book, we say that bugs have been around for 400 million years. Some sources say 479 million years. Wow, 79 million years is a big difference, until you consider the Earth is about 4.54 billion years old. That’s only a 1.75% change in the timeline. And again, there was definitely no one around to record any of this.

Then of course, there are the things I learned, or wanted to learn more about, that I could not fit in the pages of a picture book. Some of which I snuck into the author notes, like the five mass extinctions. Sure, The Great Dying (as the Permian Extinction is called) is scary. It’s estimated more than 90% of species were destroyed. But one door closes and another opens. Would human have arrived if it weren’t for the Cretaceous-Tertiary Extinction that sent dinosaurs packing? Maybe. Maybe not.

And if I may, I’ll share a few Earth facts that didn’t make the cut. But I know Earth would like you to know these details too.

· The moon was created when a Mars-sized body collided with Earth. Chunks of debris flew off into space but were captured by Earth’s gravitational pull, and the moon was formed.
· There’s truly only one ocean. Humans have given it five different names based on location.
· Continents continue to change. North America and Europe are moving apart at approximately one inch per year.
· The universe is about 13.8 billion years old—over three times older than our solar system.
· Pieces of Mars have been found on Earth in the Artic. This isn’t really related to the history of Earth, but it’s fascinating. We’ve been invaded! (By pieces of rock.)

I may have started out overconfident about my knowledge of Earth. But after working on this project, I realized just because I’m a resident doesn’t make me an expert. I hope this book encourages kids to explore Earth from the inside to outer space, and from her past to the unknown future.

Watch this video of Stacy talking about the book.

See what others have to say about Earth! My First 4.54 Billion Years.
Publishers Weekly
Cracking the Cover
Unleashing Readers 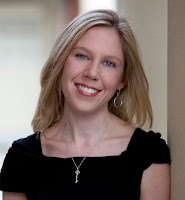 Author info
Stacy McAnulty is a children’s book author, who used to be a mechanical engineer, who’s also qualified to be a paleontologist (not really), a correspondent for The Daily Show (why not), and a Green Bay Packer coach (totally!). She is the 2017 Ezra Jack Keats Book New Writer Honor Recipient for Excellent Ed, illustrated by Julia Sarcone-Roach. Her other picture books include Earth! My First 4.54 Billion Years, illustrated by David Litchfield; Brave and Beautiful, both illustrated by Joanne Lew-Vriethoff; Mr. Fuzzbuster Knows He’s the Favorite, illustrated by Edward Hemingway; and 101 Reasons Why I’m Not Taking a Bath, illustrated by Joy Ang. She’s also authored the chapter book series Goldie Blox, based on the award-winning toys, and The Dino Files. Her debut middle grade novel, The Miscalculations of Lightning Girl, will publish in 2018. When not writing, Stacy likes to listen to NPR, bake triple-chocolate cupcakes, and eat triple-chocolate cupcakes. Originally from upstate NY, she now lives in Kernersville, NC with her 3 kids, 2.5 dogs, and 1 husband.

Posted by Gigi McAllister at 11:18 AM