It's Not Jack and the Beanstalk by Josh Funk 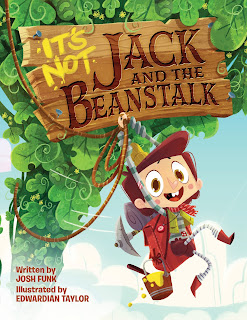 
Goodreads Summary
Jack is not fond of the bossy narrator of his fairy tale! When Jack is told to trade his beloved cow Bessie for some magic beans, throw the beans out the window, climb the ENORMOUS beanstalk that sprouts overnight, and steal from a GIANT, he decides this fairy tale is getting out of control. In fact, he doesn’t want to follow the story line at all. Who says Jack needs to enter a life of daring, thievery, and giant trickery? He takes his story into his own hands—and you’ll never guess what happens next!

With laugh-out-loud dialogue and bold, playful art (including hidden fairy tale creatures for kids to find), this Jack and the Beanstalk retelling will have children rolling with laughter till Bessie the cow comes home.

My Thoughts
Add this book to your collection of "fractured" fairy tales! I really love Josh Funk's book and this latest does not disappoint. It is a clever twist on the classic story.
The interaction between Jack and the narrator is hilarious. Jack's sarcasm and sass adds some fun that will appeal to upper elementary, while keeping the story entertaining for the little ones.
The illustrations are whimsical and fun with elements of traditional fairy tales poking through. The dialogue between the characters is presented in speech bubbles which helps the reader separate conversation and narration.
Overall, it is just a ton of fun! I would highly recommend It's Not Jack and the Beanstalk for elementary ages. Perhaps we will see more "Not" fairy tales in the future?

See what others have to say about this book:
Kirkus
A Year of Reading 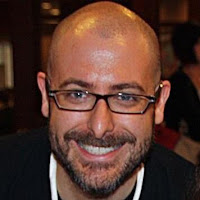 About Josh Funk
Like Jack, Josh Funk loves telling his own stories. He is the author of the popular picture books Lady Pancake & Sir French Toast and its sequel, The Case of the Stinky Stench, illustrated by Brendan Kearney; Dear Dragon, illustrated by Rodolfo Montalvo; and the upcoming How to Code a Sandcastle illustrated by Sara Palacios in partnership with Girls Who Code. Josh lives in New England with his wife and children. Learn more about him at www.joshfunkbooks.com, and follow him on Twitter @joshfunkbooks. 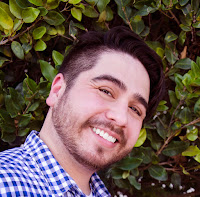 About Edwardian Taylor
Edwardian Taylor currently works as a visual development artist and character designer for TV and animation feature film. His work can also be seen in mobile games, films, and commercials. He is the illustrator of the picture book Race!, written by Sue Fliess. Edwardian lives in Texas with his partner, their three dogs, and seven chickens. Learn more about him at www.edwardiantaylor.com, and follow him on Twitter and Instagram @edwardiantaylor.

Giveaway!
Two Lions is offering one copy of IT’S NOT JACK AND THE BEANSTALK to one lucky winner (U.S. addresses).


a Rafflecopter giveaway
Posted by Gigi McAllister at 12:00 AM